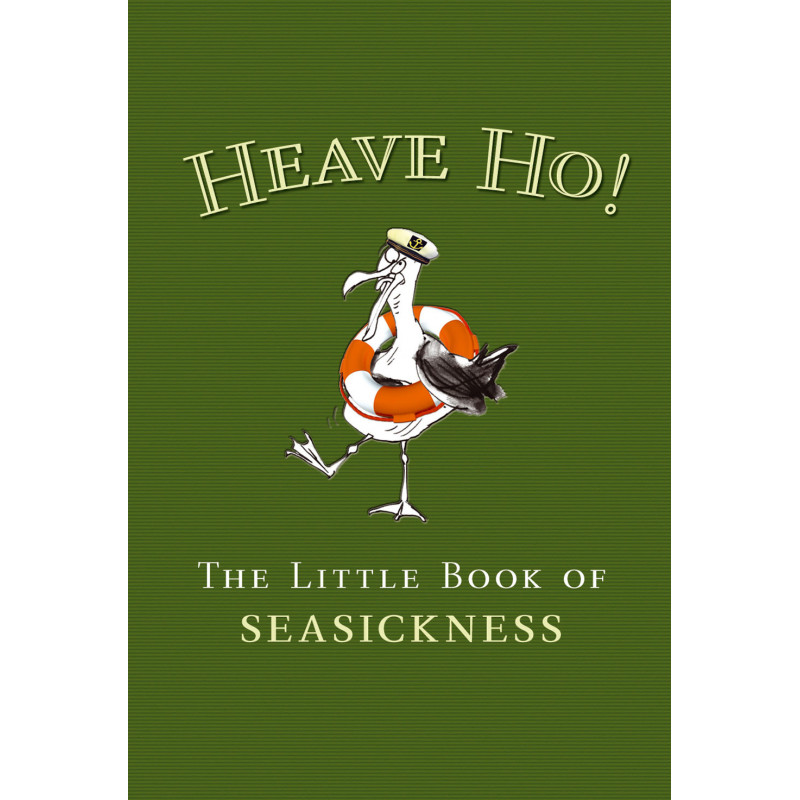 'If you can get there by land, do not go by water.'Chinese Proverb Anyone who has had a rough ferry crossing, fishing trip or outing in a boat will recall that overwhelming feeling that death is just around the corner, and the horrible phenomenon of seasickness has been intriguing doctors, philosophers, writers and politicians ever since humans first ventured out to sea. This retro little gift book is filled with amusing, outrageous and downright odd quotes from the likes of Dickens, Byron and Disraeli, as well as genuine but bizarre extracts from early physicians' reports and medical journals, covering all aspects of this 'peculiar affliction'. You'll discover intriguing insights into:Thecauses, including flaccid abdomens or being of American origin! Psychological effects; 'a strong conviction that death is imminent, followed, as time goes on, by an unreasonable annoyance at its delay' Remedies, ranging from ground fleabane to opium, from hanging upside down to drinking only champagne throughout the entire voyage! Good seasickness etiquette (practice runs to the rail advised)A perfect gift, a fun impulse buy, something to dip in and out of - this is just the thing for boaters, keen travellers and anyone who likes a bit of historical hilarity.'Females, though a little more inclined to be sick than men, can be managed by a little attention, and a few words bordering upon flattery.' Robert Mudie,The Emigrant's Pocket Companion, 1832 - See more at: